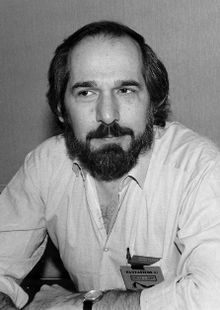 Growing up, as I did, in a mining village in northern England, bookshops were a little hard to come by. Our nearest WH Smith’s was in Worksop, a half-hour bus-journey away which we took every week. I was always drawn to the HORROR section (for such a thing existed back then, believe it or not) and the books that comprised it were largely written by Stephen King or James Herbert or Guy N Smith or Shaun Hutson or Graham Masterton. Occasionally there would be titles by John Saul. Over the years I collected them all, and read them diligently.

If this was typical of most branches of WH Smith’s – certainly the only book retailer in any of our surrounding towns  – then one might have been forgiven for thinking that horror was perhaps not as expansive as it once was earlier in the decade. Our local library stocked several of the Alfred Hitchcock anthologies that were published in the 1960s and 70s, bearing titles such as The Best of Fiends, Ghostly Gallery, Happiness is a Warm Corpse and Tales to Take Your Breath Away. These anthologies all featured stories by writers like Robert Arthur, Daphne du Maurier, Richard Matheson, Patricia Highsmith, Robert Bloch, Theodore Sturgeon, Roald Dahl and Ray Bradbury. I wanted to find other books by these writers, but most of them seemed out of print. Remember, this was a time before the internet so the only place where second-hand books were sold locally was our church jumble-sale (but those I had seen for sale consisted mostly of Mills & Boon titles, Catherine Cookson, and the occasional Agatha Christie). So I continued searching.

And then in the autumn of 1987 I started working in Sheffield – at that time one of the largest cities in the UK. A work colleague, Gary Vernon, introduced me to a small shop on The Wicker called The Sheffield Space Centre that stocked so much desirable merchandise as to reduce me to a permanent state of poverty. However one payday saw me stumbling out of there clutching a bag containing two collections of short stories – Dennis Etchison’s The Dark Country and Charles L Grant’s Tales From the Nightside. 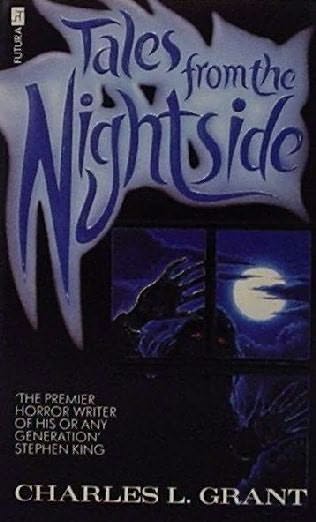 I had heard of both of these writers of course because their names were mentioned in Stephen King’s Danse Macabre, and also because my horizons had been opened in the late 80s when I started reading Fear, edited by the wonderfully enthusiastic John Gilbert. This magazine brought to my attention so many writers whose work still enthrals me to this day, but even so I don’t think I was quite prepared for the impact of reading Charles L Grant for the first time.

I worked my way through the stories from front to back (as I always do with collections or anthologies, as I believe there is usually a method to the order), marvelling at the lyrical titles – A Night of Dark Intent, The Gentle Passing of a Hand, When All the Children Call My Name, Something There Is, Come Dance With Me On My Pony’s Grave, From All the Fields of Hail and Fire – but more so than that, actually reading the stories themselves for the first time was a marvellous experience because they seemed to be at odds with what else horror had to offer at that time. The tired clichés, the gore-streaked action, the explicit sex…they were not present. Instead, what I found was a collection of intelligently written, subtle vignettes of life with a disturbing undercurrent of darkness, many of them set in a fictional town called Oxrun Station. 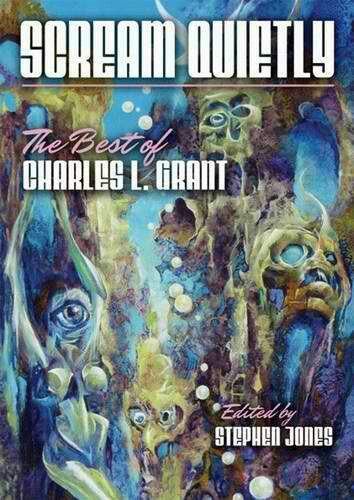 The adjective most commonly associated with the work of Charles L Grant is quiet, and it’s an accurate term because that’s exactly how the horror creeps up on you from within the framework of the everyday suburban setting. Grant’s writing is similar to Ray Bradbury’s, by which it is beautifully poetic and distinct in style, but it lacks the overt romanticism of Bradbury, the heavy emphasis on nostalgia. Instead Grant’s characters are blue-collar workers or struggling single parents, lost in their own brilliantly-realised troubles, often haunted by internal fears which are sometimes realised as external events.

When I read a Charles Grant story I’m usually thinking of Haddonfield, the fictional Illinois town featured in John Carpenter’s Halloween because it seems to share the quality of existing mainly at night. The rustle of a dead leaf at autumn, the cry of a nightbird, the sudden descent of ethereal mist…Grant weaves the atmosphere in such a way as to make everyday elements like the weather and the geographical location just as important as the characters themselves.

His first lines grab you. He breaks the rule about not starting a story with the weather. Not only does he break the rule, he shows us that there are no rules, that excellent writing can be achieved with a powerful style that can hypnotise the reader into fearing what might be in the shadows, rather than just shining a spotlight on the monster and telling us to be frightened.

There’s a cadence to the writing that just demands it to be read aloud. It’s almost prose-poetry. He blends words together to create new ones, ones that are absolutely perfect for the way they’re utilised. His use of repetition is brilliantly deployed. Not a single word is wasted. It’s dense and nicely structured but there’s no need to skip anything because in Charles L Grant’s writing, the journey is as much fun as the destination. 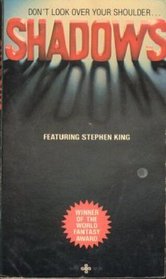 Grant’s ethos for excellence in writing was also reflected in his work as an editor. His Shadows anthologies are viewed as one of the most important series in the genre, and they stand as a good example of the style of writing which he espoused.

Since then I’ve explored the genre in more detail. The internet has made collecting rare and out of print books much easier than it once was, so I’ve been able, over the years, to pick up those books that have fallen by the wayside. Writers like Robert Aickman, T E D Klein, Shirley Jackson, Ramsey Campbell, Arthur Machen, Dennis Etchison, Algernon Blackwood and Karl Edward Wagner all share common ground with Grant but each of them has their own distinct voice.

Charles Grant died ten years ago today. I remember it well. I was devastated to hear the news. It felt like a huge part of my literary foundation had crumbled. I was just starting out on the path to writing myself, finally taking the plunge and sending out submissions to places that offered nothing but exposure. I was searching for a voice, a style – I still am – but so impressed was I with my writing idols that I instinctively felt it was how I wanted to write. Hearing that Charles Grant was no longer with us was a kick in the gut. I was even a subscriber to his wife Kathryn Ptacek’s email service, The Gila Queen’s Guide to Markets, which to a newbie writer was helpful in identifying places to which I could submit stories. We had corresponded several times. After a short period of time had elapsed, and I had gathered the courage to contact her to pass on my condolences, we got chatting about Charles as a person – as a reader, a fan of the genre, not just as a writer. She told me something that has stayed with me to this day, something that highlights what a decent man he appears to have been. I happened to comment that her late husband’s writing meant a great deal to me, that it reminded us that there was far more to the horror genre than giant crabs and the like. She told me that Charlie actually loved those old Guy N Smith novels. He even owned a few of them.

I felt pretty foolish. I felt like a snob that has had their snobbery disarmed by a simple act of humility. An important lesson learned that day.

I’m still a nobody writer. Nothing much has changed in that sense. But Charles L Grant’s fiction still inspires me, still captivates and enthrals me when I read it. The language he uses and the specific way he builds those sentences are breathtaking. For nearly thirty years I’ve been in awe of his talent. I’m still in awe of it. I know I’ll end my days being in awe of it.

1 Response to Epiphanies From Oxrun Station